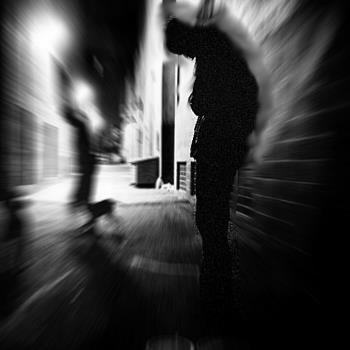 There once was a time when cocaine was considered to be  the party drug of the rich and famous. Glorified and glamorized by the media by movie stars, musicians and even political figures. The music and movies, like ScarFace defined the 70’s and 80’s as a the cocaine era.

Coke was the feel good drug that gives the user non stop energy, a heightened alertness and confidence. It almost seemed too good to be true, a drug that allowed one to almost become super human, it seemed to have almost no negative side effects.

But as time moved on, our society started to realize the real dangers involved with doing coke.

Its effects were studied and the toll it took on users became evident. Users transformed to addicts with an addiction that intensified as use progressed.

Why are Drugs So Addictive

Cocaine’s Addictive Effects on the Brain

One of the most notable effects of coke is its quick and short lived highs. After coke is snorted it takes effect within the first minute. The high lasts no longer than 20 to 30 minutes and depending on the quality varies in intensity.

When snorted and because the nasal cavity is full of small capillaries that are under a very thin layer of skin, the drug is absorbed almost directly into the bloodstream. The drug is metabolised into its by products very quickly, explaining why the high is so short. One of the inactive metabolite, benzoylecgonine is a marker for cocaine use and is used exclusively in drug tests for cocaine.

The high is almost euphoric and is described as a great sense of well being and a burst of energy. This is due to coke’s effects on the brain and its dopamine receptors. It over excites the nervous system producing unnatural levels of dopamine, triggering the body and brain’s “reward” system. The effects hit a peak very quickly, usually within 15 minutes. Once elevated the high stays at that level for a short period before dramatically dropping off. The drop off or crash creates the exact opposite of the high.

As coke is broken down in the system, the high comes to a screeching halt, causing a crash. The crash can lead to depression and a very strong craving for more coke. This crash is the first symptom of cocaine withdrawal and is caused by the sudden drop in dopamine levels. Not only is does the dopamine drop, because the affected neurons have become completely exhausted, they drop well below normal levels.

How Dangerous is Cocaine

As an addictive drug, cocaine is very dangerous. Depending on the user’s age, health and amount used, it can cause heart attacks, depression and other extreme physical and emotional states. Not only can it hijack the reward centres of the brain, it also hijacks memory. Creating false versions of the last high that make it hard for an addict to think of anything other that how good the last high was.

This creates a downhill spiral, where an addict, or soon to be addict is constantly chasing the last high. It has been shown that even taking just one hit can trigger withdrawal like symptoms for a week. This study confirms what addicts and users have known for a long time. 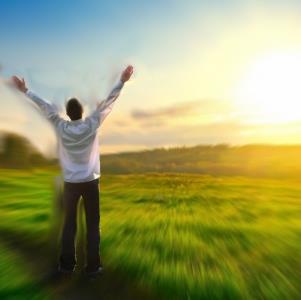 Quitting cocaine is never easy and will sometimes require the help of a professional. If you would rather avoid that one on one scenario, I would suggest joining an “AA” or addicts anonymous meeting. Heavy or long time users will need additional support. At times, a detox centre may also be needed.

If you have just started to use coke or don’t consider yourself an addict at this point. Or maybe you believe that you only need some tips to quit coke, let’s see if we can help. Remember, addiction may not be as evident to the addict as it is to others. Pay attention to those around you and ask loved ones for advice.

How to Quit Cocaine

If you have just started to notice the addictive nature of coke and would like to try to stop using cocaine on your own, there’s a few things you can try.

Find other ways to stay occupied. Keep as busy as possible without becoming exhausted. Make everyday a day full of events or plan to tackle a big project. The longer it takes the better. For example, if your garage is in need of organization and you know it may take weeks to sort, get started. The bigger the project the better.

Don’t over work yourself. The feeling of exhaustion or stress can trigger cravings. You want to try and stay stress free and well rested. Dips in energy can cause you to seek out relief or a boost. Keep everything around you low stress and take breaks when you need them.

Stay away from stimulants. This is one you may need to gauge on your own. I would suggest staying away from all stimulants, even caffeine for at least a month. This is because a stimulant may trigger cravings, and a break can also increase sensitivity. Becoming more sensitive to stimulants, like caffeine can help you deal with urges later on.

Don’t be scared to ask for help. One of the biggest mistakes a person can make being afraid to ask for help. If you notice that you may need help, ask someone. Addiction is a medical condition and is treated as such. There is a level confidentiality that must be maintained. In other words, your treatment is not public knowledge, only you and those you want to know will know, period.

Don’t wait for situations to get out of hand, Seek out help early. You cannot wait out an active addiction. If you have stopped on your own, keep it up, you’re on the right track. But if you find yourself saying, “this is the last time”, or “just one more”, over and over again, you need help. The act of quitting means, you have stopped use not just taking temporary breaks.

How Long Does Xanax Stay in Your System