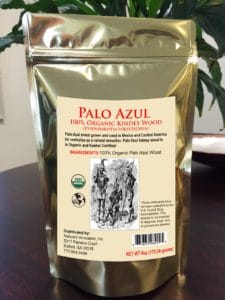 Palo Azul Tea has been used for centuries by South Americans as a way to naturally detox the bladder, kidneys as well as lose weight and help joints. It’s a wonder why this incredible herbal tea hasn’t made its way to the rest of the world before.

Well, it’s time we spread the word and let the rest of the world know the benefits of making this incredible tea. If you’re interested in using Palo Azul Tea a detox to cleanse urine and pass a drug test, let me tell you what to expect first.

This detox tea shows promise with a lot of good reviews online. After extensive research and reviews the chances of passing is reduced if the palo is not made from a good source. There are also factors such as prep time and the time needed to drink the tea. The chance of passing with Palo Azul is around…  %80 – %95 of the time.

Palo Azul times a long time to make, longer to drink and you need to drink a large amount over 12 hrs. Making it a good choice for someone that has 2 -3 days of notice to detox. It requires Bark chips from a good source.

What is Palo Azul Tea

The tea is actually made out of the bark of the Eysenhardtia polystachya plant. It’s considered to be a small tree or shrub that’s native to South America and parts of Arizona. The history of using the bark as a natural detox reaches back centuries. To help prevent any confusion, the Palo Azul goes by a number of different names:

The tea is available in a few different forms, Tea Bags, Grinded Powder or Chips/Chunks. Although any of these forms work as a diuretic. Only the chips made out of the bark are recommended as a cleanser for urine tests. Tea bags and powder works great as a diuretic, weight loss supplement, joint health and to prevent kidneys stones.

Palo Azul bark chunks, when purchased from a good source are best suited to make a drug detox tea. The barks tend to be more potent, fresher and work best for the tea. 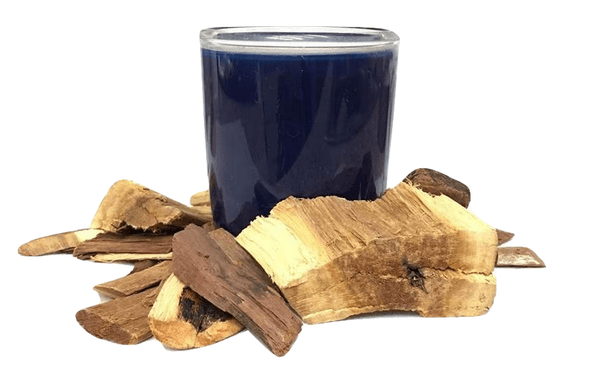 The raw chips that are needed as a cleansing tea for urine tests, look similar to mulch. Small bark chips. The tea made from Palo Azul bark has a slight blue hue. Usually, the long process used to make the concentrated tea may also look more golden than blue.

Making Palo Azul Tea to pass a drug test is a little more involved than making your basic tea and requires about 2 hours of prep time. One the tea is made, its set aside to cool and can be store for a few days before it starts to lose potency.

Before you start make sure to use a good source. Palo Azul bark is available through Amazon. There are a few different providers, we have tested 3 of them and only recommend this one. You are free to make your own choice.

After about 2 hours you should be left with a half gallon of tea. It will probably look dark yellow or golden at this point. If you pour some into a glass cup and hold it to the light, it may have a bluish hue to it.

How and When to Drink 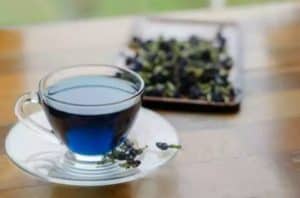 You can drink the tea as it is in its fully concentrated form, but mixing it with additional water allows for more of a cleansing effect. If you need to pass a drug test, start drinking Palo Azul Tea the night before. Try to drink at least half the gallon before going to bed. The morning of the test, you should finish the rest before submitting a urine sample.

Precautions:  You may notice frequent bathroom trips and very light urine the day of the screening, that’s a good sign. That means it’s working and your system may be detoxed. As a precaution, taking a multivitamin can add color back to your urine and reduce the chances of triggering a false positive for diluted urine.

*In general, the gallon of tea should be drank in a 12 to 24 hour period for best detoxing results.

How to Pass Cocaine Urine Test