Cocaine is one of America’s most widely abused narcotics. Its also a powerful stimulant that can also lead to death from overdose. After cocaine is ingested by snorting, smoking or injecting, it increases the user’s sense of awareness, feelings of well being and heightened energy levels. The effects of the high from cocaine also lead the user to craving more cocaine. Which in turn can lead to other very serious side effects from heart attack to even death. Learning to identify abuse and Cocaine overdose symptoms can prevent overdose before it happens.


What is an Overdose

Most consider an overdosing to be the extreme end of drug use, but it’s not as simple or easy to identify. Some one doesn’t always pass out or die when they O.D. Some symptoms are subtle and often go by unnoticed. An Overdose is defined as using more or taking more of a substance than recommended. It can also be broken down into 2 separate categories and both forms are treated the same, as poisoning.

Accidental: When someone unknowingly uses a drug or unknowing uses more than recommended.

Deliberate / Intentional: Over ingestion of a drug on purpose or with the intent to cause self inflicted harm or even suicide.

The Initial Signs of Cocaine Use

Cocaine goes by many names from Coke to Blow and its use is widespread throughout the world. Most users are introduced to cocaine at an early age and they keep getting younger. A study performed by the Institute on Drug Abuse found that cocaine use can start as soon as 12 – 13 yrs of age. The ability to identify use in young adults and loved ones will greatly reduce the chances of developing addictions that can ultimately lead to potential abuse or death.

Possible Signs of Use:

Although these signs may not be a true indicator of use. The sudden appearance of such behaviours for a duration of 15 to 30 minutes. Followed by a sudden drop may be a true indication. Cocaine users may seem to be on a roller-coaster of emotions. Going up and down from depression to euphoria in a span of hours, depending on use. 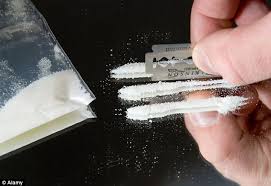 Hopefully your ability to Identifying use can help you prevent an overdose. If you believe a friend or loved on has been using Cocaine, the ability to quickly identify the signs of a cocaine overdose should be fairly simple. If you notice that someone may be under the influence of cocaine and have identified the usual symptoms of cocaine use. It’s important to keep vigil for the symptoms of overuse. The quicker you are to recognise and respond to these signs, the better the chances of preventing an overdose.

The method of ingestion will directly affect the way cocaine is absorbed into the bloodstream. This will also affect the chances of someone having an OD. For example, the rate in which some one system absorbs cocaine when snorted is slower than someone injecting cocaine. Injection introduces coke directly into the bloodstream. This can lead to overdose immediately, even if this was the first time use. Where as a first time user that has snorted cocaine may stop after initial effects of use take place.

Psychological Symptoms: Although they may not be as easily identified at first. The psychological symptoms of overdose will usually become apparent. They may include but are not limited to the following;

Physical Symptoms: Physical symptoms are easier to identify and should trigger alarms if noticed. The symptoms are:

The signs of cocaine overdose are very alarming and emergency medical attention is required. The sooner you respond the better the chances of surviving without causing serious medical conditions. It’s important to inform the medical team that the is or maybe the result of an overdose. That will enable them to act quickly and appropriately to treat an overdose.

Depending on severity a number of treatment can be used:

Prevent the possibility of overdose by identifying it in others as well as yourself. Cocaine is a very dangerous and addictive drug. It can quickly lead to addiction and cause serious health issues. Because a drug is common doesn’t mean it’s any more safer to use or abuse. If you or someone you know may be using Cocaine, find help. Seek the aid of a friend or family member and make them aware of your condition. Professional help may be needed from in some cases. There is no shame in seeking out assistance with a drug problem.

Coca Tea and The Possible Legal Issues You May Face