A very popular drink is South America can get you into a lot of trouble in the U.S. Even though Coca tea does not get you high. The leafs do contain the alkaloids that are extracted in for cocaine production.

What is Coca Tea? 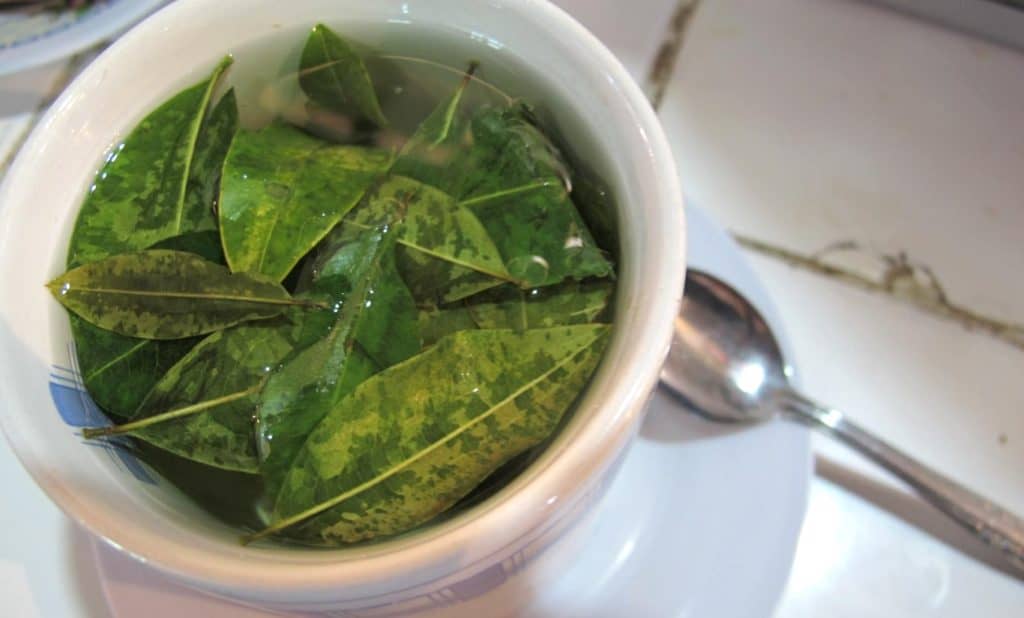 Also called Mate de Coca, coca tea is made out of the same leafed that are used to make cocaine. They do not go through the fermentation processes that is used for black teas. Instead, mate de coca is made by picking and sun drying young coca leafs. This creates a tea thats high in antioxidants and active alkaloids.

How Much Cocaine is in Coca tea?

Usually, it takes about 1 gram of raw dry leafs to make a cup of tea. A bag of tea also contains about 1 gram. That gram of leaf has about 4mg of cocaine alkaloids. To put that into prospective, a line of cocaine is roughly 30 milligrams.

Will it get you high?

No, drinking tea made from coca leafs will not get you high. The stimulant effects are comparable is a cup of coffee. If 1 cup of tea contains 4mg is equal to 4mg of cocaine. You would need to consume ten cups within a very short period to get a buzz, if at all.

Through out most of South America the legal status of Coca leaves is in a gray zone. For the most part, the leafs can be used for teas and chewing without legal repercussions. But, you cannot transport leaves across any boarders. Penalties can be quite severe.

Coca leaves can be chewed or used to make tea legally in the following countries: Bolivia, Argentine, Ecuador and Chile. Processing Coca leafs into cocaine is illegal.

Since raw leaves contain the alkaloid needed to make cocaine. Any part of the Coca plant is illegal in the U.S and other countries.

What About the Coca Tea on Amazon?

There are plenty of online retailers that sell Coca tea online int the US. You can buy Coca tea on Amazon as well, but this is not the same. The Coca teas that are sold in America do not contain cocaine.

They have gone through a “decocainizing” process, similar to decaffeinating coffee beans.  Striping the leaves of any alkaloids while preserving the flavor.

Having a cup of tea may seem harmless, especially since there is no high. But, be aware of the possible consequence. Since the Coca leaf contains the same alkaloid as cocaine, you will test positive for cocaine. If you drink real Mate de Coca a.k.a, Coca leaf tea, you will fail a drug test. The alkaloids in the tea will be metabolized into benzoylecgonine, the metabolite thats tested for cocaine use.

A study tested 5 people, 2 hours after drinking Coca tea. They all tested positive for cocaine well above standard cut-off levels. You can read the full study here.

This means within 2 hours after drinking the coca leaf tea, your urine, blood and saliva will be positive. No hair follicle studies were conducted but its safe to assume a positive result as well.

Decocainized coca tea should not result in a positive screening. This is because the alkaloid has been removed.

If you have drink coca leaf tea recently, a detox may be necessary to clear out your system.

Signs and Symptoms of Cocaine Overdose