There are many ways labs can test for drug use. Although a Urine Analysis seems to be the most common. Most government agencies and courts may request Hair Analysis as the preferred form of drug testing. This is because Hair strand testing can give more accurate results and are harder to deceive than any other form of screening. Due to their accuracy and the length of time it takes for hair to grow out, the testable strands sample has to be kept at a certain length. 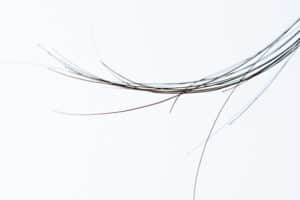 Just as any other form of drug testing, detox methods and shampoo product exist. This is one of the most popularly used Shampoos.

These product are used to rupture hair strands and clean out drug metabolites. Drug hair detox shampoo are not not equal, Aloe Rid in conjunction with the Macujo Method has proven to be one of the most effective “Processes” for hair detox.

Although the MacMethod has proven to be very reliable, the only issue with Aloe Rid is the price.

Other “All in one Shampoo kits” can be nearly as effective if done properly. One of the most popular kits is Stat, according to the reviews, one can pass if used properly. But unlike other methods that permanently remove toxins and destroy hair in the process. Stat promises not to damage hair and created a 24hr window in which hair follicles will not test positive for drug use.

Urinalysis, or UA test can only test for drug metabolites while they are actively in the system. This limits the time drug use is detectable to a couple of weeks to a month, month and a half Max. Other faults in UA testing is they can easily be defrauded with the use of Detox drinks, pills and or methods.

Hair strand tests of hair analysis screenings are not as easily fooled and they can give up to 90 days of drug use history. This is because hair can trap drug metabolites as they are excreted from the body. The metabolites, Benzoylecgonine, in the case of cocaine use, is than permanently trapped in the hair follicles.

The type of hair tested is usually from the head. In the case of short or no hair, a sample of pubic hair can be used for testing. Because pubic hairs grow at a much slower rate. The same 1.5” length sample of hair can give history of drug use well past the last 90 days.


In short, the detectable amount of Cocaine can stay in hair for:

How Hair Samples are Tested for Cocaine

The procedure for testing is the same for all drug tests. A section of about 90 strands at about 1.5” are cut off. If there isn’t enough hair on the scalp, a pubic hair sample is used. If there is no scalp or body hair, no sample can be collected or tested. The section of hair is bagged, labels and signed by lab technician as well as patient before being sent off. Once at the lab, the sample of hair is dissolved in a solution and tested for the presence of multiple drugs and their metabolites. 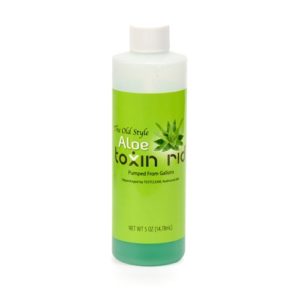 Even though a hair follicle drug test for cocaine is very accurate, some people have still devised methods to test clean. Urine, saliva and blood screenings are commonly beat with the use of detox drinks, pills and other products. Hair strand tests are not as simple. In Order to pass a hair drug test for cocaine, one has to perform a series of steps throughout  a 2-5 day period.These methods will rupture hair follicles allowing a hair detox to clean out any toxins trapped inside. They are aggressive and will damage the hair and scalp.  These methods will increase the chances of passing the hair cocaine drug, but only by a moderate percentage.

The more popular methods are known as, the MaCujo, Jerry G and Growman method.

MaCujo and Growman are basically the same. The consist of Dousing the hair with a mix of Salicylic acid solutions, vinegar, Tide detergent and The original Nexxus Aloe Rid. Other than the Aloe Ride, these ingredients are cheap and easily found. Original Nexxus Aloe Rid is very expensive and rare. The Jerry G consists of repeatedly bleaching and dyeing the hair until the follicles rupture. Once the hair strands are damaged, it’s treated with a hair detox product. This regime, just like the Macujo and Growman can take up to a week to perform.

Both methods will damage hair to the point where most will shave it off after the screening.

There are Shampoo kits that are available on-line. Like the methods discussed above, they are a series of step designed to destroy hair strands. Most shampoos are also used in conjunction with the above methods.

The most popular Detox shampoo contain a mix of Salicylic acid as well as other ingredients used for the Macujo Method.

Shaving the head bald is a tactic that can be used to incriminate the person in question. It not only shows a sign of guilt, it’s also ineffective and leads to the use of pubic hair sampling. As mentioned, Pubic hair can trace cocaine use further back in history than scalp/ head hairs. Leading to a larger detection window and a better idea of drug use.

Shaving body hair and leaving only the hair on the head is usually a better bet for anyone looking to cheat a coke test. As a matter a fact, due to the methods above, some labs have switched the practice of using head hair to pubic hair only. If all pubic / body hair is shaved or removed, the only choice is hair strands from the scalp, which may have been detoxed.

Hair Cocaine Detection After One Time Use

Unfortunately, sometimes we get into situations that make us come into contact with illicit drugs like cocaine. Because the hair follicle test is so accurate it can pick up the slightest sign of drug metabolites.In the event that you have just used Cocaine once, or are not a habitual user, you can still fail a hair screening. Although there is still a small chance your sample can fall below the drug cut off level. The detection method for one time use is almost the same with a slight shift in detection window, for example:

Say, the user has only used cocaine once. This would mean that the previous 90 days tested in the follicle would otherwise be clean. There is a window about 5-10 days before coke is detectable. This is due to the growth rate of the hair.

One time user can test positive for drug use from 5 to 10 days after use to 90 days.

Can Hair from a Brush or Comb Be Tested For Drugs?

Aloe Toxin Rid is the most widely used and trusted kits available.

No lab will test a hair sample unless it’s provided directly from the user. That mean you can’t get a hair sample from anywhere other than the body of the person being tested.The test subject has to vouch for the authenticity of the hair sample, otherwise its void.

Other than labs, lose hair samples can be tested. An example is the use of “At Home” hair drug testing kits. The samples are not collected by a professional and are not linked to any specific individual. Instead these test kits are used as a general test. They are popular with parents or anyone concerned with a loved ones drug use. Home hair drug test kits are 100% confidential and promise the same accuracy as any lab test. Most Tests Kits can be purchased over the counter, with prices online cheaper.

How Long does Cocaine Stay in Your System, Urine Test