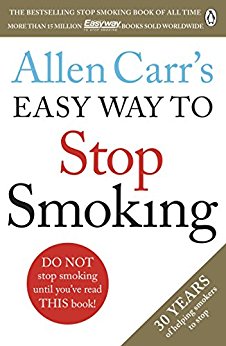 I recommend you pick up, “The Easyway to Stop Smoking”, by Allen Carr. It’s written in a way that easy to grab and read with actionable advice that you can put into use the very first day you decide to quit.

Allen Carr’s book works. You can read thousands of reviews. It has helped me as well as thousands of other ex-smokers. This book really does make quite easy.

Once you put down your last smoke your body will attempt to adjust and cleanse out the nicotine and tar that has built up from smoking. Here is a time-line of the withdrawal process.

First 20 Minutes – Within just 20 minutes after your last cigarette, your body will start to adjust and self regulate to normal.

1 Hour – As nicotine levels start to drop you may notice the first spikes in cravings. It’s important to remember that your goal is to quit! Nicotine will start to play games with your mind. You may find yourself asking, “Why do I want to quit anyway?”, or even forgetting that you wanted to quit at all.

12 Hours – Addiction will become totally visible as you notice how difficult it is to not smoke. At this point you’re only about half way through as withdrawals tend to peak at 48 hours.

48 Hours – This tends to be considered one of the more difficult times with nicotine withdrawal. You’re at the peak, stay occupied or go to sleep. Avoid anything that reminds you of smoking, withdrawals will usually start to drop at this point. 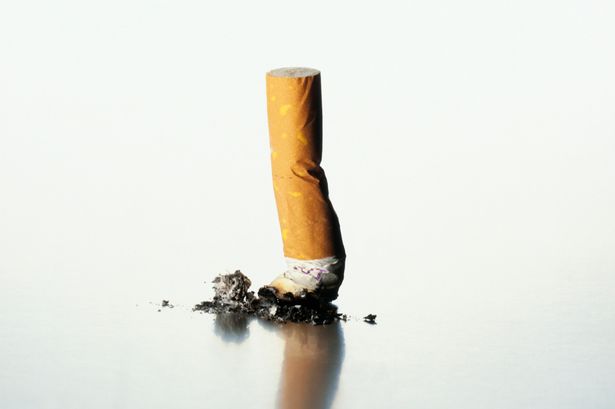 Day 3 – If you have made it to 3 day without smoking or using any tobacco / nicotine products, you will notice a sharp decline in cravings. There is light at the end of the tunnel but unfortunately, the tunnel is very long.

1 – 2 Weeks – You may have notice an increase in coughing and production of phlegm. This is just your body’s purging process. It now has the ability to identify the toxins and attempt to clear them out.

2 – 4 Weeks – Your body is still adjusting to the increase in oxygen, blood flow as well as reduction in blood pressure and strained heart rates. Drink plenty of fluids and try to maintain a healthy high fiber diet that will assist in detoxification. Taking multivitamins can also help replenish vitamins and minerals that have been depleted from smoking.

4+ Weeks – Your body has become acquainted with your new lifestyle, but you may have noticed an increase in irritability. This is normal and will pass as you adjust your habits to a non smoker. Exercise and stay busy, avoid places that remind you of smoking and ask friends to respect your adjustment.

Nicotine, a compound found tobacco happens to be one of the most powerful and addictive substances known today. It comes in third place behind Heroin and Cocaine and this is only by a hair. Nicotine is able to mimic brain neurotransmitters and interfere with the operation of receptors. Overtime and prolonged use, the brain’s chemistry becomes altered and dependency develops.

The addiction to nicotine is so strong that even a heightened awareness campaigns in media, school and so on. Smokers find it extremely difficult to quit, or may even avoid the idea completely. Despite constant warning of death and terminal illnesses that may develop, there is still a large percent of new smokers every year. It has been stated that 85% of new smokers start at a very early age, usually before 21.

How Long Does Nicotine Withdrawal Last

Quitting smoking or the use of any tobacco product is difficult, but it’s possible. It’s said that most don’t successfully quit with their first attempt. So don’t be discouraged, it’s important to stay focus and make a decision to Quit, not just Cut Back on smoking. These are two separate issues, cutting back is not quitting, cutting back doesn’t reduce your risk of heart disease or developing cancer. Quitting does reduce health risks and can even over time reverse some of the damage done through smoking.

The most common amount of time it takes for one to adjust or overcome nicotine withdrawal is 8 to 12 weeks. In some cases it may be more or less. The most difficult issues ex-smokers face is not the chemical dependency, but the adjustment in behaviour and habits. As an example that you may be able to relate too. When I smoked cigarettes, I never drank a cup of coffee without one. These so called habits become more like rituals that over time are hard to get over.    But over time I adjusted and overcome those habits/rituals and so can you.

When a smoker inhales a puff of tobacco, the nicotine is absorbed through the lungs. Adrenaline is released and it stimulates the body and enhances awareness. Glucose levels are also spiked, causing a temporary suppression of appetite. This is also why Hyperglycaemia may be higher with smokers.The physiological effects of smoking are the cause of addiction. The release of Epinephrine activates the nervous system. Triggering a sense of excitement or buzz that can be linked to the “Fight or Flight” response.

NAC for Opiate and Cocaine Withdrawal

One Hit of Cocaine Wont Get You Addicted