I often speak about others and their situations but this time, I’ll share my story.

Cocaine addiction doesn’t follow any set route or path. There are a number of ways to go from point A to B. It’s a  common theme that you will hear from almost every recovering addict.

We are never really sure about how we got addicted, It just happened.

It isn’t until you finally get that chance to sit down. Clear your mind and reflect on life that you finally start to figure it out. It was a long journey and it began with one line, hit or bump.

How many times can you do coke before you get addicted?

Addiction is not a game of chance or numbers, you cant try it one to see what happens. It just doesn’t operate that way. Forming a drug addiction takes time and plenty of bad decisions.

To get a better understanding, think of it this way,

Addicts rarely know they are addicted

It’s not until you hit that wall, or reach the bottom. Thats when you start to figure out something is wrong. The situation your in, is not right, but even then the idea of being an addict still isn’t clear.

There is no magic number of times you can use, amount of use or line in the sand. Trying cocaine once wont get you addicted, its just a major step in that direction.

What the first time I tried Cocaine was like?

I remember asking a friend that question when he decided to share some blow. The only drugs I have ever tried where marijuana, tobacco and alcohol. And at that time, smoking cigarettes was just a thing that everyone did.

since this was my first time doing coke, what should I expect?

He replied, “not much, just a little burst of energy, thats it, take a hit“. Just like that I bent down and snorted cocaine for the very first time.

At the time, I didn’t know of any drug problems in the family. So I didn’t believe I had a predisposition to addiction.

I was already high from smoking a joint about an hour ago. The relaxed and openness of marijuana with the wide eye energy of cocaine, turned out to be a pleasant mix.

I was down from the pot and up from the coke, at the same time.

Thats when I realized, doing cocaine once will not make you addicted. It’s also when I decided I liked cocaine and soon after that experience, I made my first purchase. 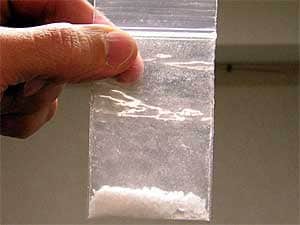 It isn’t until you get your first baggy of white powder, then the fun begins. When you have a decent amount of cocaine handy, you tend to do it more often.

It’s that switch from taking a bump from a friend to having a bump every 15 minutes. Thats when you really start to feel the power of coke.

A constant flow of uplifting energy that you carry in your pocket.

My first bag of blow must of lasted a couple of days, my first eight ball lasted a few hours.

If I had to pin-point when I crossed the line from user to addict, I would say it was right around then. Doing more blow was constantly on my mind, I couldn’t stop thinking about it.

Within the week that I finished that eight ball, I copped another small baggy, just to hold on to.

They say cocaines the rich mans drug, thats a lie. Anyone can use and  any drug long enough to form a dependency.

How was that first binge?

Great!, I would call it one of the best nights of my life. But I didn’t know then, it was a tipping point and a turn for the worse.

The beginning of the end and a waste of 15 years of my life.

How fast did I become addicted?

The easy answer would be after taking my first bump. Thats when I decided cocaine wasn’t a bad drug, that I liked it and wanted more of it.

So you can become addicted after just one hit!

The change in ideals that occurred with a finger over one nostril and a quick snort. Going from, cocaine is highly addictive to, not so bad after all.

Thats how addiction works, it plays with your mind

It’s like deciding to stop smoking cigarettes one minute then forgetting why you decided to stop the next.

No matter what anyone tells you, or what you tell your self. The best way to avoid addiction is not to use in the first place.

Will One Hit of Cocaine Get You Addicted?

I told you my story, honestly and from the perspective of a recovering addict.

Maybe one hit of cocaine wont get you addicted, but that first bump will put you on your way.

Right now, I have spent as many years sober and clean of all drugs, as I have addicted.

Yet, I still say I’m recovering, not recovered.

Thats something many people wonder about. Since I have stayed clean for so long, why don’t I say, I’m recovered?

It’s just the reality we have to face. Getting over addiction is as complicated as getting addicted.

Theres no point A to B, It’s just today and the next.

Want to try Cocaine for the first time?

This is my story, I hope it’s a warning and it makes you think.

You don’t know what the future brings, but you should know the risks involved with trying coke.

Sure, some might tell you it doesn’t hurt to try it once. They are right, it doesn’t hurt, the first time you do cocaine wont feel like much. It’s not until you reach the point of desperation that you realize it, cocaine is hard to quit.

That first hit didn’t get you addicted, it just opened the door.