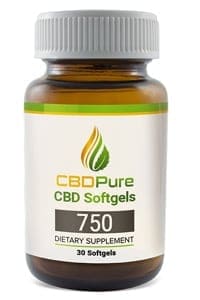 Heroin addiction is at an all time high and opioid deaths are skyrocketing through the world. Conventional medicine doesn’t treat or cure addiction. Instead, it’s more of a trade off, you’re addicted to heroin, the doctor prescribes methadone. Addicted to methadone, here is a prescription for Xanax and Percocet.

It’s a cycle that leads to lifelong addiction or death. Creating a hopeless environment for anyone looking to kick heroin or any other opioid addiction. Well, that’s until now. New methods of treatments have arose that are safer and less addictive.

Canna Care Docs, a network of medical marijuana facilities that operate in a handful of states across the US claims to have treated hundreds of patient. Not only has the treatment proven to be effective, but many patients were able to totally kick drug use.Instead of trading one powerful addiction for the other, Cannabis is known to be less addictive. A doctor from the network also claims that up to 70% of his patients have managed to stay clear of hard drugs altogether after treatment.

“Synthetic opioids kill, cannabis does not”

Is this the future of addiction treatment? It seems very likely. Marijuana has had a bad rap as a “gateway drug” for years, but “un-gateway” drug may be more fitting.

If you or someone you know is having trouble with heroin addiction or addiction to prescription drugs, this may be a safer alternative. You can find treatment center in almost any state that has made medical marijuana legal.

“A study by Penn Medical found that the rate of opioid related death in states that have legalized marijuana is lower than others.”

To find a opiate withdrawal treatment centers that use cannabis oil, contact Canna Care Docs through their site.

The legalization of medical Marijuana has opened the door to new research and treatments. The American medical field is know able to conduct studies into cannabis and its use as an alternative to standard pharmaceuticals. The free range that the pharmaceutical industry has had, has impacted the world negatively. Lets use the prescription opioid epidemic for example. Over production, along with loose regulation has lead to heroin addiction levels that top the 70’s.

It’s about time we had a safer alternative to kicking heroin addiction.